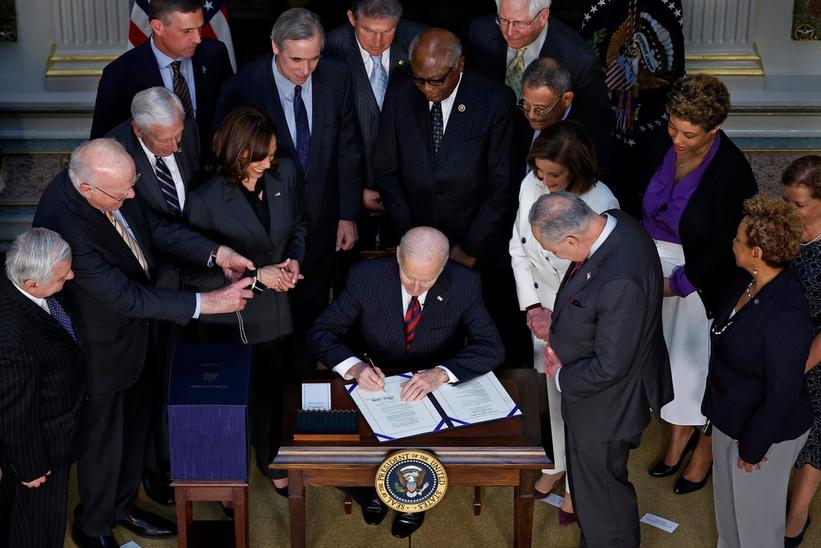 The Consolidated Appropriations Act of 2022 — better known as the Omnibus package — was signed by President Biden on March 15 after Congress passed the $1.5 trillion spending bill on March 11. This package covers funding for the entire government for the current fiscal year (through September 30) after more than a year of budgets set based on FY2021 spending.

Included in the spending are FY22 budgets for key arts- and music-related agencies and programs — and most notably, the National Endowment for the Arts received a $12.5 million increase for a total of $180 million.

Established by Congress in 1965, the National Endowment for the Arts is an independent federal agency. Not only is it the largest funder of the arts and arts education in communities nationwide; it’s a catalyst for public and private support for the arts.

By advancing equitable opportunities for arts participation and practice, the NEA fosters and sustains an environment in which the arts benefit everyone in the United States. The Arts Endowment awards grants for projects to nonprofit organizations nationwide and supports fellowships for American writers and translators of world literature — as well as honorifics in jazz and the folk and traditional arts.

This is the highest funding level in the NEA’s history and will go to support additional grants across the country. In the Spring of 2021, the Recording Academy submitted testimony to the House and Senate Appropriations Committees requesting the NEA receive at least $180 million in funding. And last week, the Academy submitted a similar request for next year’s funding (FY 2023) for the NEA at a level of $201 million.

This package also provides funding for the Department of Education, including a $36 million allocation for the Arts in Education  Additionally, the bill included a number of specific earmark requests by Members of Congress for arts-related projects in their local communities.  For example, Rep. Robin Kelly received nearly $500,000 in funding for schools on Chicago’s south side that will allow students to participate in performing arts during the school day including theatre, dance, and music classes.

The Academy applauds Congress for this historic support but continues to call on Congress to better support the arts and music in federal funding. The arts are one of the country’s largest sectors and are in need of robust investments from the federal government. But for now, this is a boon — no doubt about it.

“Through supporting music and the arts, the NEA improves student development and advances cultural achievements,” Todd Dupler, Acting Chief Advocacy & Public Policy Officer of the Recording Academy, said before the House Committee. “Robust funding for the NEA will ensure the agency can provide grants across all 50 states, while promoting more equitable access and reaching more diverse audiences.”

Keep checking back at the Recording Academy’s Advocacy page to find out how this exciting development for the NEA will ripple forth — and provide aid to all music creators.